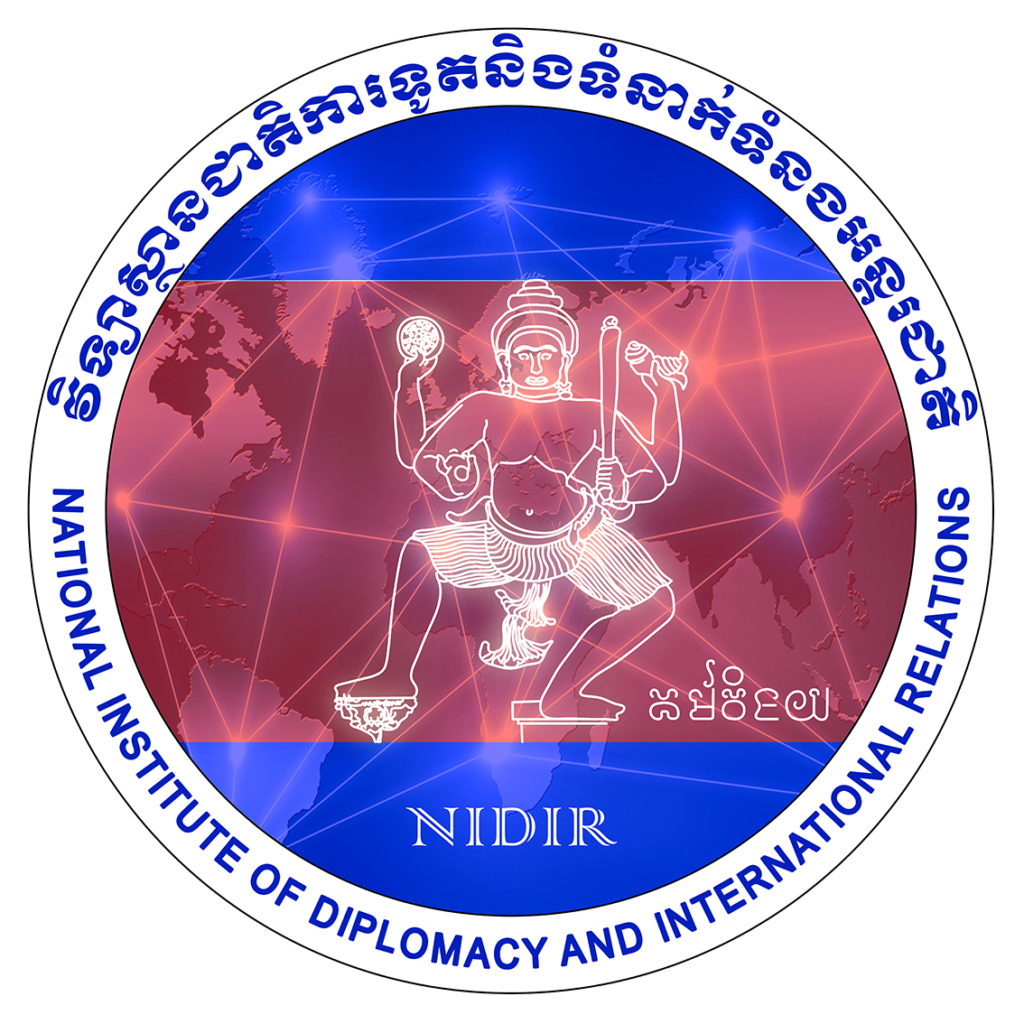 Since April 2016, the Ministry of Foreign Affairs and International Cooperation (MFA.IC) has undergone a leadership change with the appointment of His Excellency Senior Minister Prak Sokhonn as the new Foreign Minister. Subsequently, the Minister has initiated a series of structural reforms including the reorganization of the Ministry to respond to the new foreign prerogatives of the Royal Government of Cambodia in light of the unpredictable changes in the region and the world.

In this context, the RGC issued the Sub-Decree No 274 ANK dated 26 December 2016 to officially establish the National Institute of Diplomacy and International Relations (NIDIR) within the MFAIC. NIDIR is an institute of its kind in the Cambodian foreign policy history. Its structure and mission have been further defined by the Sub-Decree No 105 ANK dated in 29 June 2017. NIDIR aims to build professionalism of Cambodian career diplomats through capacity development so as to enable them to cope with the increasingly challenging world of diplomatic affairs and particularly to enhance Cambodia’s ownership and role in regional affairs.

The vision of NIDIR, in the long term, is to become the Cambodian Center of Excellence and a Center of Reference in diplomatic training and foreign policy research. NIDIR hope to strengthen its Cambodian identity by ensuring that its work corresponds to the reality of the country in the context of an evolving regional and global situations. Under this framework, NIDIR’s raison d’être is to effectively implement the Cambodian foreign policy as set out by Samdech Techo Prime Minister of the Kingdom of Cambodia, and His Excellency Senior Minister.

According to the Sub-Decrees, NIDIR is managed by a President, Vice-Presidents and consists of five Departments as follows:

NIDIR provides training programs to MFAIC staffs including New Recruits, Mid-career, to Senior officials and Pre-Posting Diplomats as part the Ministry’s capacity development and related line-ministries officials in the field of diplomacy and international relations in order to strengthen their performance required by the government. As part of the program to promote more understanding on the regional studies among our diplomats and officials, NIDIR will also develop Asian and International Studies Program which will cover (1) foreign policy and security studies, (2) politics and (3) specialized language trainings.

NIDIR will provide foreign languages training including languages of neighboring countries such as Thai, Vietnamese, lao as well as English, French, Chinese, Korean and Japanese. Interpretation and translation skill training will be offered for our diplomats as well as officials from relevant ministries.

NIDIR will build a Cambodian team of researchers on foreign affairs who can contribute to the development of Cambodian foreign policy. NIDIR is open to work with regional and international think-tanks to jointly develop research program in order to build its research capacity for the institute.

NIDIR strives to train Cambodian diplomats to become vibrant, dynamic and professional, serving as the ministry’s capacity building institute for the diplomats to increase their performance required by the ministry as well as the Royal Government of Cambodia in order for them to cope with the increasing complexity of diplomatic affairs and global uncertainty. Within this direction, NIDIR is open to work with regional and international institutions for the human and institutional development of NIDIR.