Following the reciprocal recognition on the rapid economic development in both regions, especially in Asia, as well as the need to further foster relationship, cooperation and stronger ties between the two continents, France and Singapore, the founding members of Asia-Europe Meeting (ASEM), held a talk in November 1994 and proposed the launching of Asia-Europe Summit. After two years, the inaugural ASEM summit was launched in March 1996 in Bangkok, Thailand.

As a unique and informal platform for political dialogue and cooperation between Asia and Europe, ASEM aims at strengthening partnership, promoting peace and security and enhancing sustainable socio-economic development with main focus on three pillars: political, economic & financial, and social, cultural & educational pillars.

Asia-Europe Meeting (ASEM) is now comprised of 53 partners including 21 countries of Asia (11 Northeast and South Asia (NESA) Countries, and 10 ASEAN member states), 30 countries of Europe (27 EU member states and 3 Non-EU member states are England, Norway and Switzerland), ASEAN Secretariat and European Union. Cambodia became a member of ASEM during the 5thASEM Summit in Hanoi, Vietnam on 08 October 2004.
ASEM as a whole represents:

ASEM does not have permanent secretariat. Foreign Ministers and their Senior Officials are responsible for coordinating the overall ASEM process. However, this process is assisted by two group of coordinators: the first group from Asia (one of which is from ASEAN, and the other is from North-East and South Asia -NESA) and the second group from European Union (one of which is the European External Action Service (EEAS) and the other is the rotating EU presidency).
The ASEM process is moving forward through a series of meetings as follows: 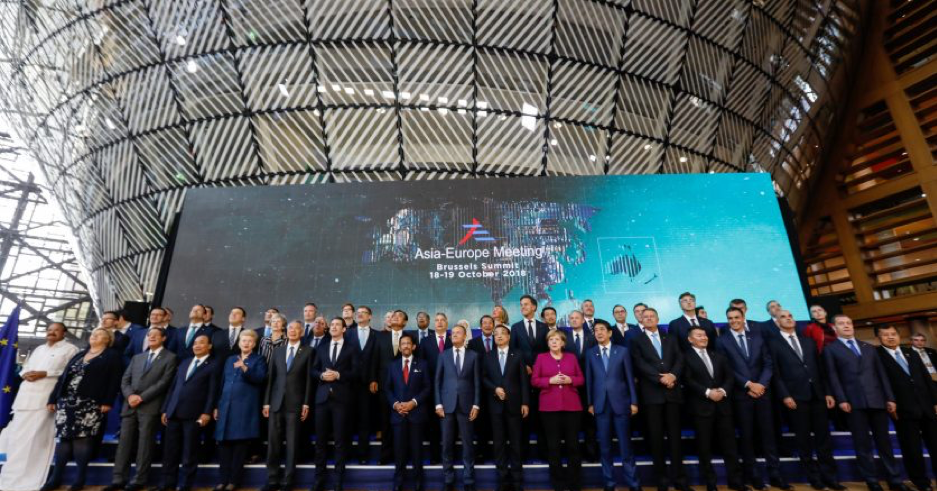 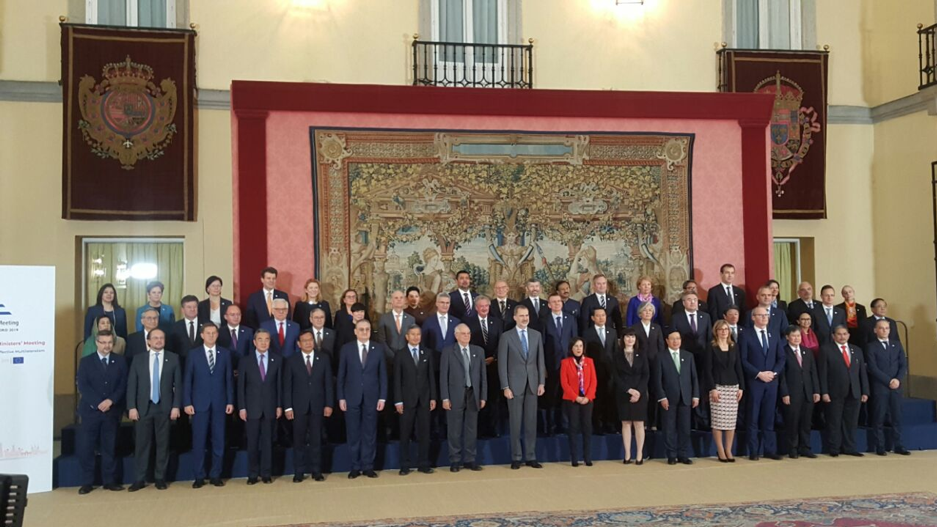 Other Ministerial Meetings: Economic, Finance, Environmental, Culture, Transport, Labour and Employment, Education ministers meet on a regular basis to discuss issues of mutual concern. Other additional ministerial conferences are held irregularly which mainly focus on specific issues and areas that are not covered by the main ministerial meetings.

Senior Officials’ Meeting (SOM): brings together high-level civil servants from the Foreign Ministries of all ASEM partners for the overall coordination of the ASEM process. Also, Sectoral SOMs are also held in preparation of the various Ministerial meetings.

Activities and initiatives: are organized by ASEM partners on a wide range of issues of mutual interest. For further information on ASEM, please visit the ASEM InfoBoard at http://www.aseminfoboard.org/

Up to now, ASEM has founded 20 tangible areas of cooperation as follows:

10- Waste Management: More Efficient Use of Material Resources, The Waste Sector as a Central Player in the Economy with Waste to Energy and More Efficient Reuse and Recycling Models

13- Promotion and protection of human rights

ASEM sets up Asia-Europe Foundation (ASEF) in order to foster ASEM public awareness and visibility. It was established on 15 February 1997 in the Ministerial Declaration of the 1st ASEM Foreign Minister Meeting (FMM1). Moreover, it is the only permanent institution of ASEM. ASEF aims to promote ​cultural understanding, strengthen relationships as well as facilitate cooperation among the people, institutions and organizations between Asia and Europe. ASEF receives financial contribution from all members annually on the voluntary basis.

Firstly, ASEM provides Cambodia an excellent platform to promote Cambodia’s image in the international arena. Secondly, it is an opportunity to strengthen our bilateral cooperation with other members through high-level meetings of ASEM and boost tangible areas of cooperation for development of Cambodia’s economy, including exchanges of trade, investment, and tourism, etc. Thirdly, ASEM has contributed to the development of Cambodian human resources, in both private and public sectors. Lastly, ASEM connectivity is a most vibrant one for Cambodia to promote its people-to-people exchange; especially in this increasing inter-connected Asia-Europe regions.

As a member of ASEM, Cambodia has contributed USD 10,000 annually to ASEF since 2005. Cambodia has always taken part in ASEF process by assigning delegates to attend ASEF related projects. In cooperation with ASEF, Cambodia hosted a 7th ASEF Face-to-face Public Diplomacy Training, on 21-25 October 2019 in Siem Reap, aiming at improving the relations between Asia and Europe by enhancing public diplomacy efforts among members.

Recently, in order to raise the awareness of ASEM, Cambodia also celebrated a more fabulous ASEM DAY than ever on 10 March, which was presided over by H.E. Prak Sokhonn, Deputy Prime Minister, Minister of Foreign Affairs and International Cooperation. It featured booth exhibitions of all ASEM13 Side-Events and stakeholders and a special concert, with participants varied from national elites, foreign missions in Cambodia, celebrities and public accounted for thousands of people. This showcases Cambodia’s readiness to the ASEM13.

Cambodia is proud to be a host for the 13th ASEM Summit (ASEM13), with the theme of “Strengthening Multilateralism for Shared Growth”, to be held on 1-2 June 2021 in Phnom Penh. 8 major side events will be also featured before and back to back to the Summit. In order to prepare for ASEM13, a National Committee has been established with a secretariat a long with 6 sub-committees to oversee their respective workflows.
For further information, please visit: https://asem13.mfaic.gov.kh/ 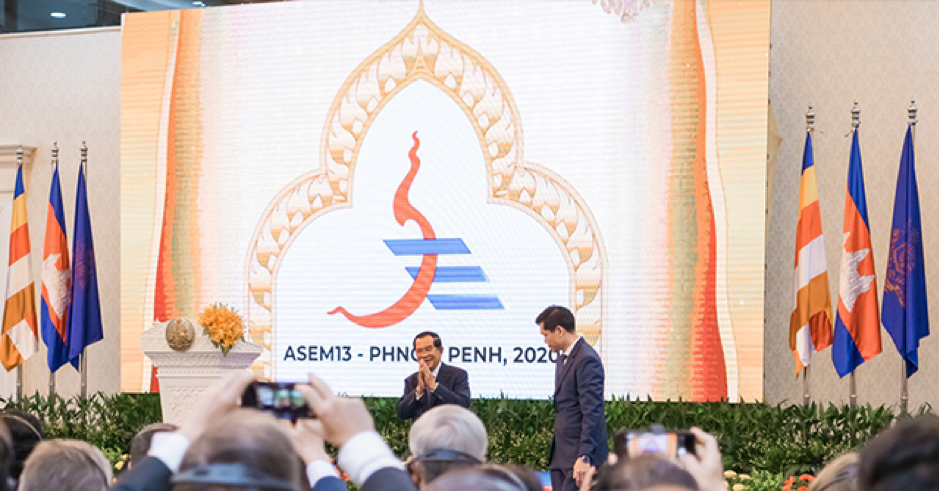