H.E Mr. CHENG Manith, Ambassador of the Kingdom of Cambodia to the Lao PDR and Ambassadors from member states and dialogue partners of ASEAN, Senior Officials from the Government of Lao PDR attended the Flag Hoisting Ceremony to commemorate the 50th Anniversary of ASEAN and 20th Anniversary of Lao PDR’s Accession to ASEAN on 11 August 2017 at the Ministry of Foreign Affairs of Lao PDR. During the event, H.E Mr Saleumxay Kommasith, Minister of Foreign Affairs of Lao PDR, highlighted the significance of the ASEAN Day (August 8) for all 10 member states. ASEAN has gradually evolved, gained consistent achievements and become the ASEAN Community today with firm and strong foundation to move forward at the pace comfortable to all of us. 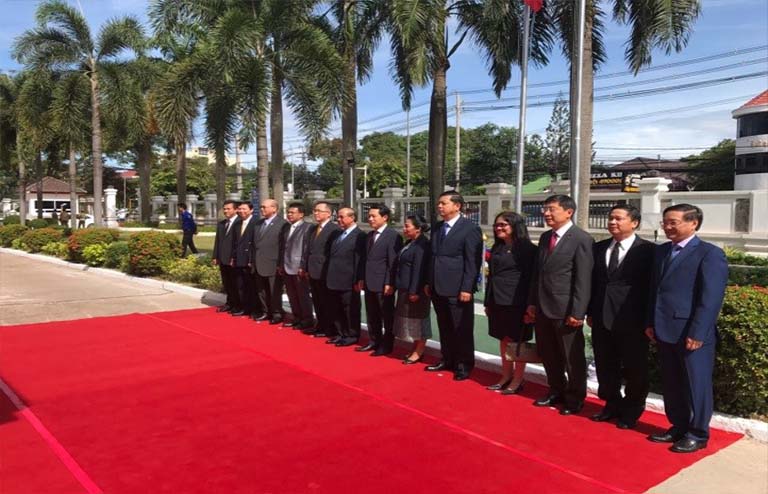 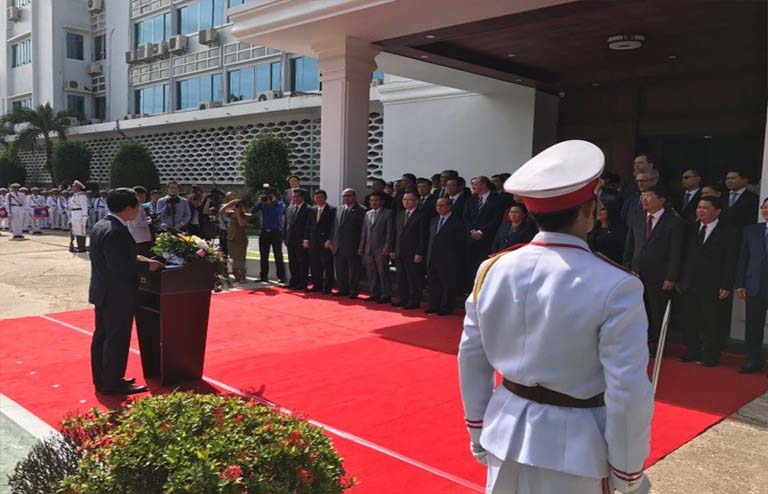