H.E. Senior Minister Prak Sokhonn attended the reception to mark the 60th Anniversary of the Establishment of Diplomatic Relations between Cambodia and the Philippines.

H.E. Senior Minister Prak Sokhonn attended the reception hosted by H.E. Mr. Christopher B Montero to mark the 60th Anniversary of the Diplomatic Relations between Cambodia and Philippines.

Over the past 60 years, Cambodia and the Philippines have enjoyed and deepened our friendship and relations across many fields, providing many potential benefits for the two countries and peoples. In recent years, we have also seen increased interactions between our leaders, especially of that between Samdech Techo Hun Sen, Prime Minister of Cambodia and H.E. Rodrigo Roa Duterte, President of the Philippines, manifesting a solidified trust and partnership between the two countries. 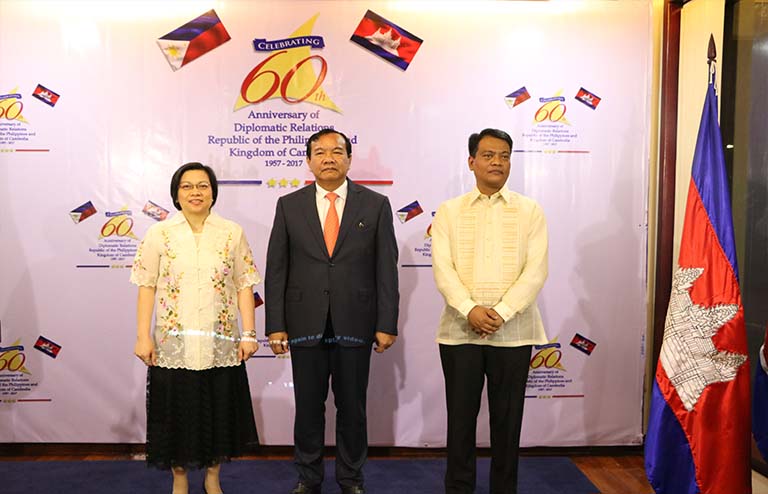 H.E. Ouch Borith, Minister Delegate and Standing Secretary of State of the Ministry of Foreign Affairs and International Cooperation, had a meeting with Her Excellency Marianne Hagen