On Monday, 11 September 2017, H.E. Dr. CHEM Widhya, Ambassador of Cambodia to France hosted a lunch at the Residence in honor of Mrs. Marie-France MARCHAND-BAYLET, President of the newspaper La Dépêche du Midi with the participation of:

The discussions focused on the possibilities of further strengthening the multi-faceted relations between Cambodia and other ASEAN countries with the regions of France, including the rich and prosperous Occitania in the context of a Europe reinvigorated with the Franco-German couple as engine. 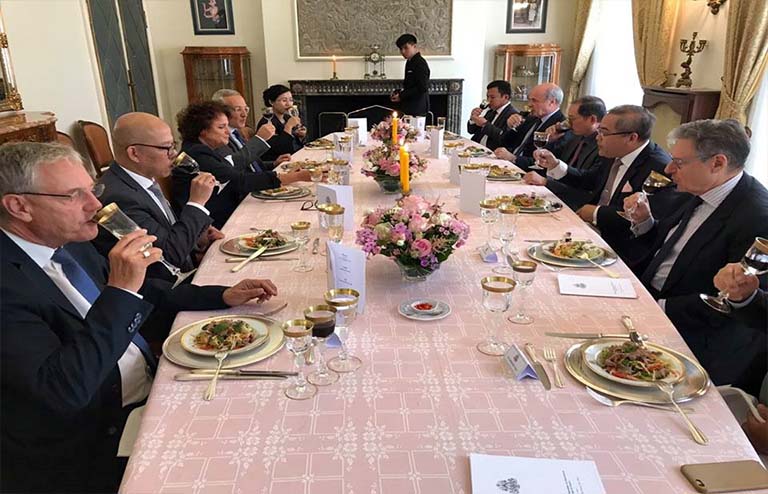