On 21 November 2017, all 10 ASEAN embassies in Tokyo in cooperation with ASEAN Japan Center (AJC) hosted the Reception to mark the 50th Anniversary of the Establishment of ASEAN at Imperial Hotel, Tokyo. H.E. Mr. Taro Kono, Foreign Minister of Japan, extended his honorary participation and delivered remarks at this auspicious occasion. In addition, the reception was graced by the presence of esteemed guests headed by the Hon. Hirofumi Nakasone (Member of the House of Councillors and President of the Japan-ASEAN Inter-Parliamentary Exchange Group) and Hon. Natsuo Yamaguchi, (President of the Komeito Party and Member of the House of Councillors).

Royal Embassy of Cambodia also invited the Cambodian students and Cambodian residents who are studying and living in Japan to participate in the event as well. 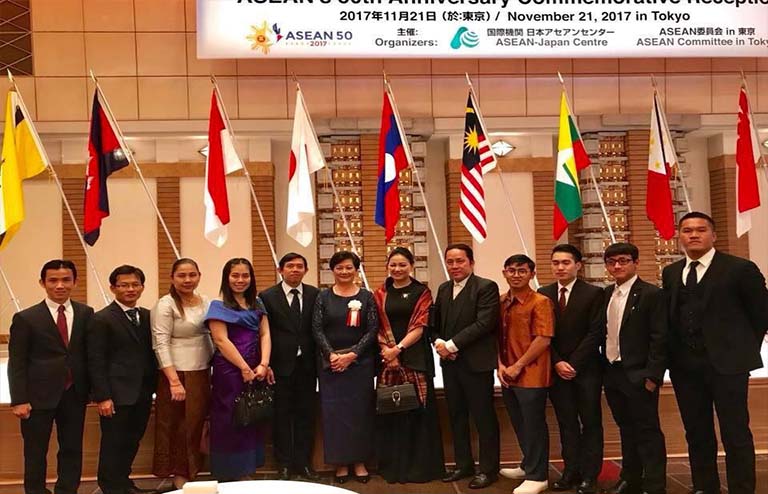 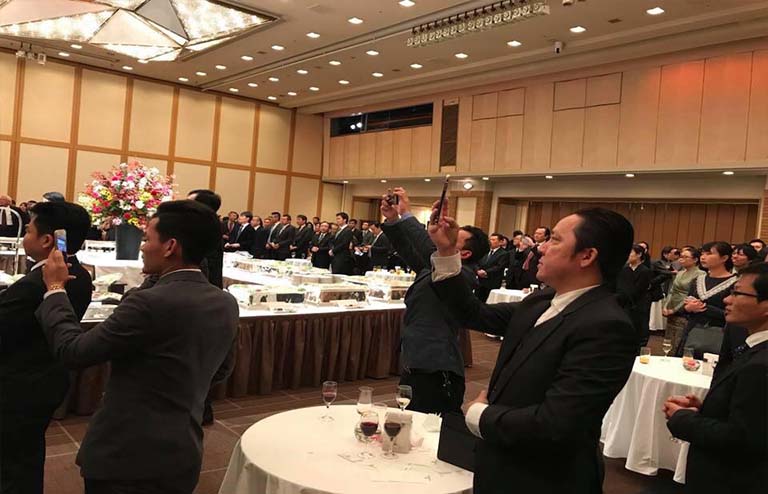 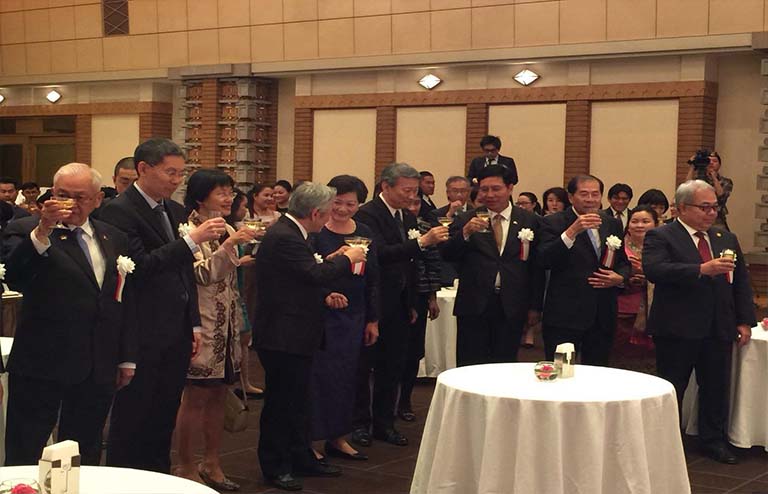