H.E. HUN Han, Ambassador of Cambodia to the State of Kuwait, met with Chargé d’ Affaires of the Royal Thai Embassy in Kuwait

On 26 November 2019, His Excellency HUN Han, Ambassador of the Kingdom of Cambodia to the State of Kuwait, had a courtesy call with Mr. Pisoot Suwanrasami, Chargé d’Affaires, the Royal Thai Embassy in Kuwait. During the meeting, H.E. HUN Han mentioned about the traditional relations and good cooperation between the Kingdom of Cambodia and the Kingdom of Thailand as neighboring countries. He also congratulated Thailand, as Chairmanship of ASEAN this year, that has successfully hosted the ASEAN Summit and Related Meetings. 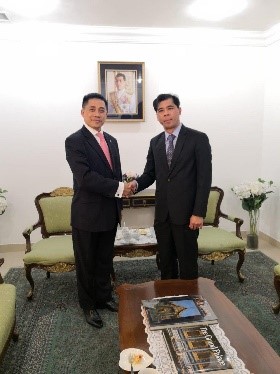 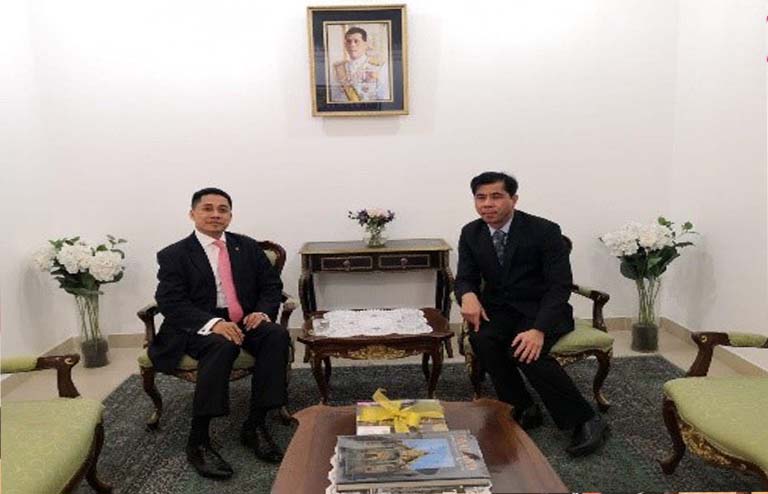