On 19 December 2019, His Excellency Ambassador​ NOM Piseth, Head of Mission of the Kingdom of Cambodia to the European Union, attended the ASEAN Brussels Committee Meeting under Myanmar’s Chairmanship at Tangla Hotel in Brussels. The Meeting discussed the developments and relations between ASEAN and the European Union including the indicative list of Activities of the ASEAN Brussels Committee. On that occasion, there was also a chairmanship handover from Ambassador of Myanmar to Ambassador of the Philippines. 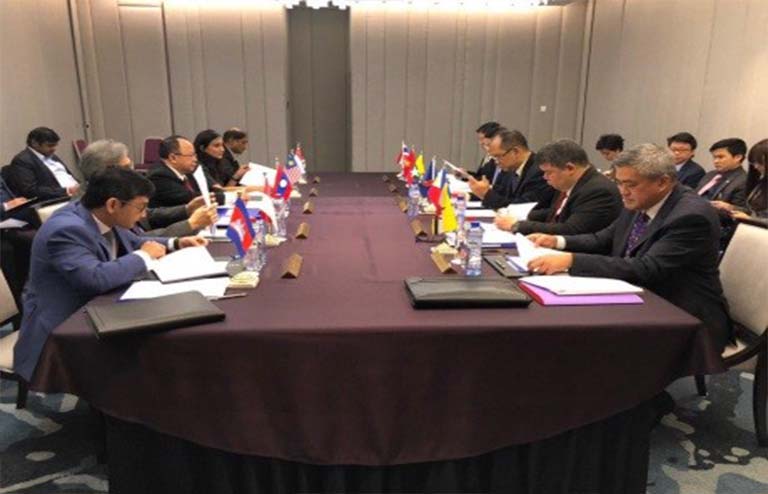