H.E. HUN Han, Ambassador of Cambodia to the State of Kuwait, attended the Asian Gathering

People’s Republic of China in Kuwait, at his resident, with a focus on:

– The exchange of information on regional and global issues;

– Announcement of the new outbreak of Corona Virus in China, under the leadership of
President Xi Jinping, China can control this such situation.

– China also thankful to the Asian countries for their good cooperation in assisting and
dispatching volunteer medical teams, as well as providing material assistance in the
face of such epidemic in china. 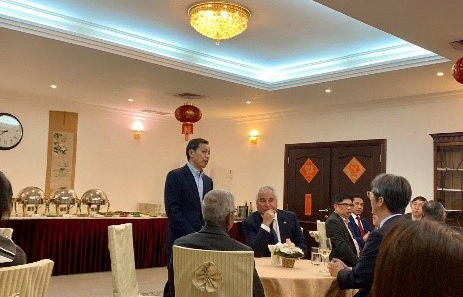