On 05 March 2020, on behalf of H.E. Ambassador, officials of the Royal Embassy of Cambodia in Hanoi along with families and staffs celebrated the 109th anniversary of the International Women’s Day (March 08) under the theme: “Where there is Peace, there is the Promotion of Gender Equality”. The ceremony was attended by Lok Chumteav the Ambassador’s Spouse as a guest of honour, during which flowers were given to women followed by a dinner. 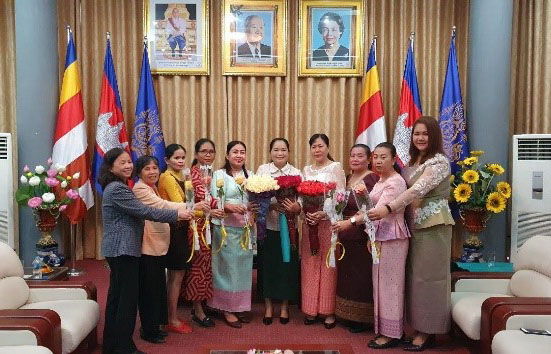 H.E. Chheuy Vichet, Ambassador of Cambodia to Malaysia, delivered a presentation on “CAMBODIA”