During the meeting, H.E. Mr. Chékou OUSSOUMAN recalled the history of Francophonie and wanted to strengthen relations with the founding member countries, including Cambodia. The organization currently has 88 members and this year marks the 50th anniversary.

H.E. Ambassador expressed his thanks for such a good intention and reassured the Cambodia’s readiness to cooperate in all activities of Francophonie, especially in peacekeeping operation, French language training and economic development of the country for the common interests in the region and the world at large. 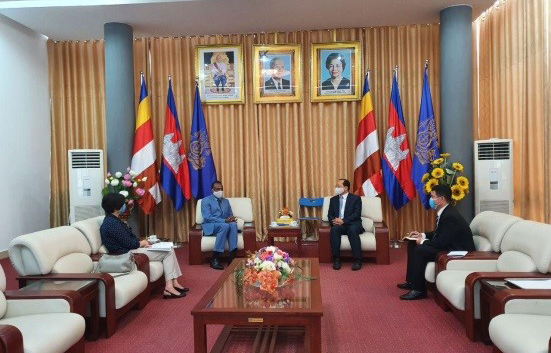 H.E. Mr. KE Sovann chaired the meeting of the Asia-Pacific Group to the United Nations

H.E. Mr. KE Sovann chaired the Monthly Meeting of the Asia-Pacific Group to the United Nations