Both Ambassador shared a common view to enhance bilateral cooperation in many areas of mutual interest, including, among others, tourism, culture and religion, people-to-people connectivity. Ambassador Chhouk Bunna pointed out the opportunity for both sides to come up joint meaningful activities to celebrate the 70th Anniversary of Diplomatic Relations between Cambodian and Sri Lanka in the next two years, which would coincide with Cambodia’s Chairmanship of ASEAN in 2022. 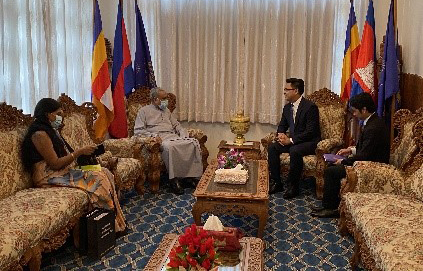