On the morning of June 30, 2022, His Excellency KEO Chhea, Ambassador of the Kingdom of Cambodia to the United States of America, met with Mr. Kelly McKeague, Director of the MIA / POW Agency of the United States Department of Defense, to discuss a number of issues related the search for the remains of US soldiers still missing in Cambodia.

During the meeting, Kelly praised Cambodia for its good cooperation in finding the remains of prisoners of war and American soldiers who went missing during the war, and considered Cambodia as a country with Golden Standard of Cooperation. 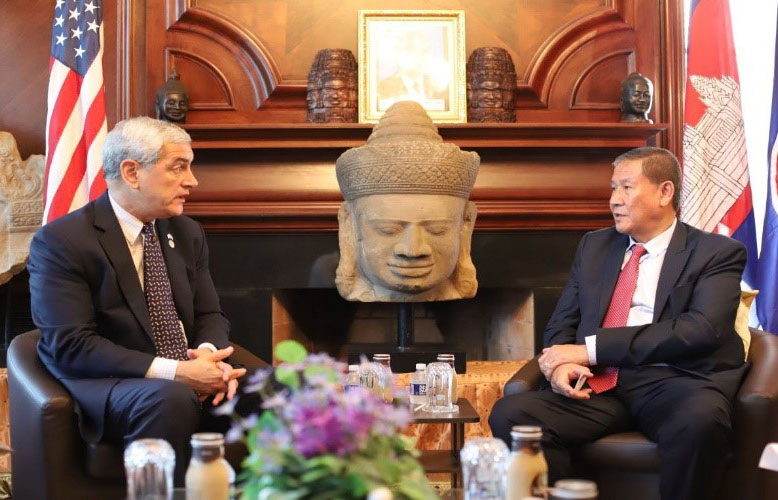